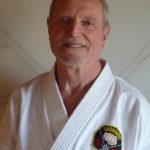 END_OF_DOCUMENT_TOKEN_TO_BE_REPLACED

To all World Matsubayashi-ryu Karate-do Association Dojo Owners: Announcement from Okinawa Headquarters (2) Please enter the secure page and click on the link to the new “Dojo Owner’s News Page” for a very important announcement.

END_OF_DOCUMENT_TOKEN_TO_BE_REPLACED 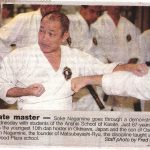 (As authorized by Sensei Fred Christian, 8th Dan, Kyoshi) To all World Matsubayashi-ryu Karate-do Association Members Announcement of New Executive Members of Okinawa Headquarters Dear all WMKA members, I am sure all members are healthy and pursuing karate practice in your own countries. We all remember as if it was just yesterday that the 2nd Soke Takayoshi Nagamone’s Unbelievable Passing Away on April 25,2012. He was about to leave for Norway and Germany on May 7th, Canada and USA in July and Ireland in August. Soke Nagamine enthusiastically talked and was actively working for World Karate-do Seminar in Okinawa starting from November 3, 2013. We are still shocked and hardly believe of Soke’s sudden passing away. We discussed within all board member meeting what the best way to succeed and preserve the Matsubayashi-ryu Karate-do for future generation. We unanimously decided to adapt Association President System instead of Soke System on General Conference on June 9,2012. The new executive Members such as President ,Vice president ,Chairman of board…etc. will be listed on this letter. I think it is our obligation to 1st Soke Shoshin Nagamine and 2nd Soke Takayoshi Nagamine to Discipline 18 Kata and 7 Yakusoku Kumite Correctly together with Spiritual Essence of Matsubayashi-ryu Karate-do and pass down to younger generation. Under the present difficult situation, I ask you all World Matsubayashi-ryu Karate-do members to stand up together and cooperate to overcome many problems ahead and proceed to bright future of WMKA and EMKA. The new executive members are as follow. […]

END_OF_DOCUMENT_TOKEN_TO_BE_REPLACED 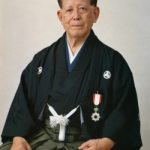 75th Anniversary Festival of Matsubayashi-Ryu and the Original Honbu Dojo 13th Anniversary Tribute to Grand Master Shoshin Nagamine’s Passing The ceremonial celebration of the 75th anniversary of the founding of Matsubayashi-Ryu Karate-Do and the 13th Memorial Karate-Do demonstration for the late Grand Master Shoshin Nagamine was a large and exciting event. The event was attended by dojo owners and students from all over the world. Attendees included participants from Spain, Norway, England, Ireland, Germany, Okinawa, Japan (mainland), New Zealand, Australia, Argentina, Dominican Republic, Canada and the USA.