Skip to content
Home » World WMKA Seminars Outside of Okinawa from August-November, 2013

Shinjo Kiyoshi Sensei, Hanshi Kudan, travelled to Ireland from August 10th to August 17th, 2013 to present a seminar at the Dojo of Martin O’Malley in Castlebar Co. Mayo and Anthony Whelan and John Killane in Longford town, Co. Longford.  This was the first visit of a teacher from Okinawa since the sad and sudden passing of Soke Nagamine in 2012.

The week began with an open grade training session, which attracted over 40 participants, with a further 25 brown and black belts training every morning for the remainder of the week under Shinjo Sensei’s expert guidance.  The week saw a thorough review of all basic exercises and fundamental drills, Kata, Kumite, and Bojutsu and was a wonderful opportunity for the students to meet with Shinjo Sensei and to learn from his vast experience in Matsubayashi-ryu.

The last training of the week, a second open grade session, took place in the Longford Dojo where the local students had a chance to work through their basics and Kata as Shinjo Sensei gave his advice and encouragement to all.

As the seminar came to a close, Martin O’Malley thanked Shinjo Sensei for making the long journey from Okinawa to Ireland and presenting such a fantastic seminar, and he thanked the participants for their dedicated support throughout the week.  He also said that it was the first visit of an Okinawan teacher since Soke Nagamine passed away, and that he hoped it would ‘re-establish the tradition started by Soke Nagamine of an annual seminar in Ireland with a teacher from Okinawa’. 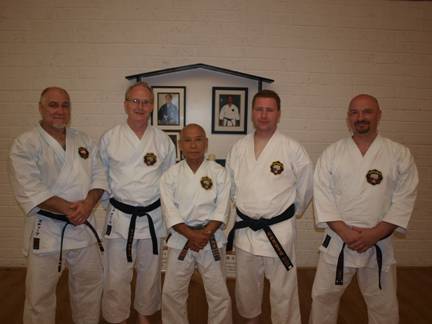 The  Matsubayashi-ryu Karate Association of Australia (MKAA) hosted a visit by Toshimitsu Arakaki sensei, 10th dan Hanshi, Vice President of the World Matsubayashi-ryu Karate Association – Okinawa headquarters, to Australia at the end of October 2013. Arakaki sensei conducted seminars over a week at the Harrington, Taree and Wingham dojos of the MKAA. Subjects covered were karate kata, bunkai, kata application and bo jutsu. All subjects were covered extensively and trained in a thorough manner. John Carlyle, Chief Instructor of the MKAA, was pleased with the high number of karate students attending from the 3 dojos as well as the Canberra branch. Most of the senior students took annual leave so they could attend this special training event.

The seminars, which were well attended and filled the dojos each session, gave the karate  students the opportunity to study true Okinawan  karate under a very senior karate master, something a lot of the participants may have never been able to do except for Arakaki sensei accepting John Carlyle`s invitation to visit Australia.

All participants have gained a greater level of understanding of the true concepts of Matsubayashi-ryu karate as formulated by O`sensei Shoshin Nagamine after this series of seminars conducted by Arakaki sensei.

We are all looking forward to the next big event in October/November 2014 when WMKA dojo`s from all over the world converge on Naha for the memorial seminar for Soke Takayoshi Nagamine. 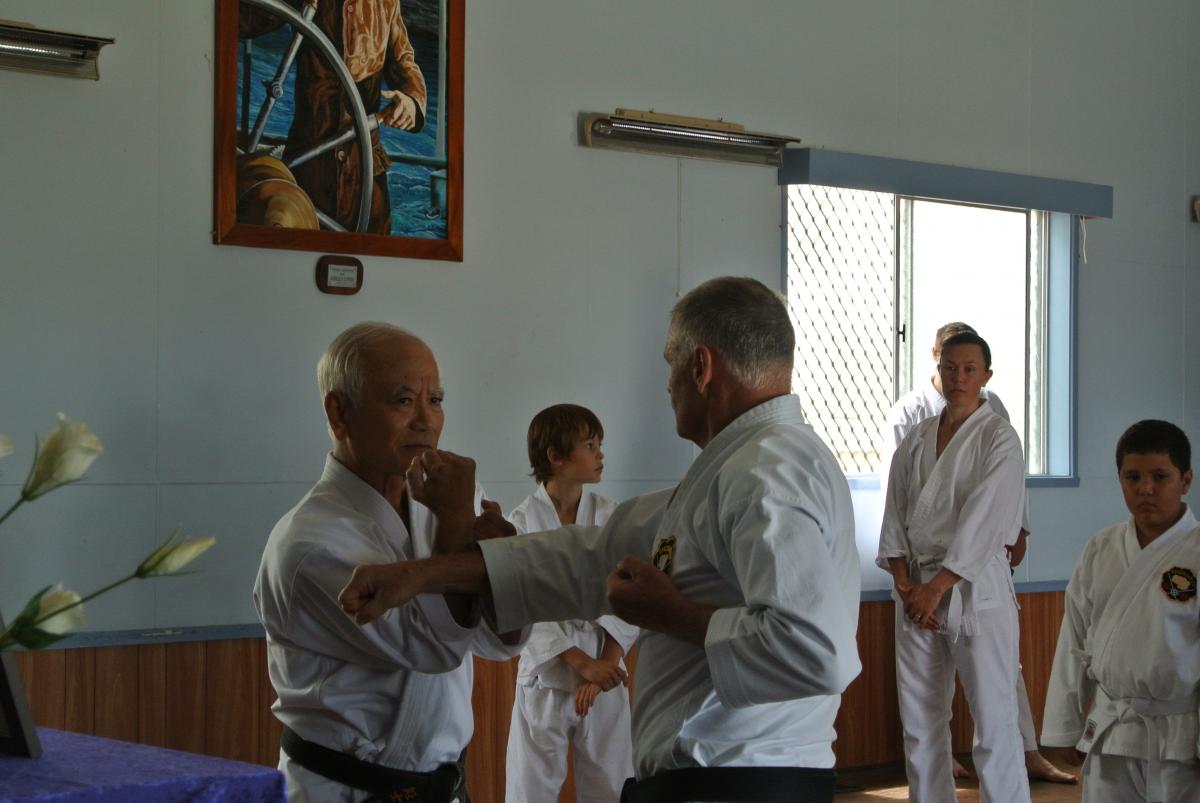 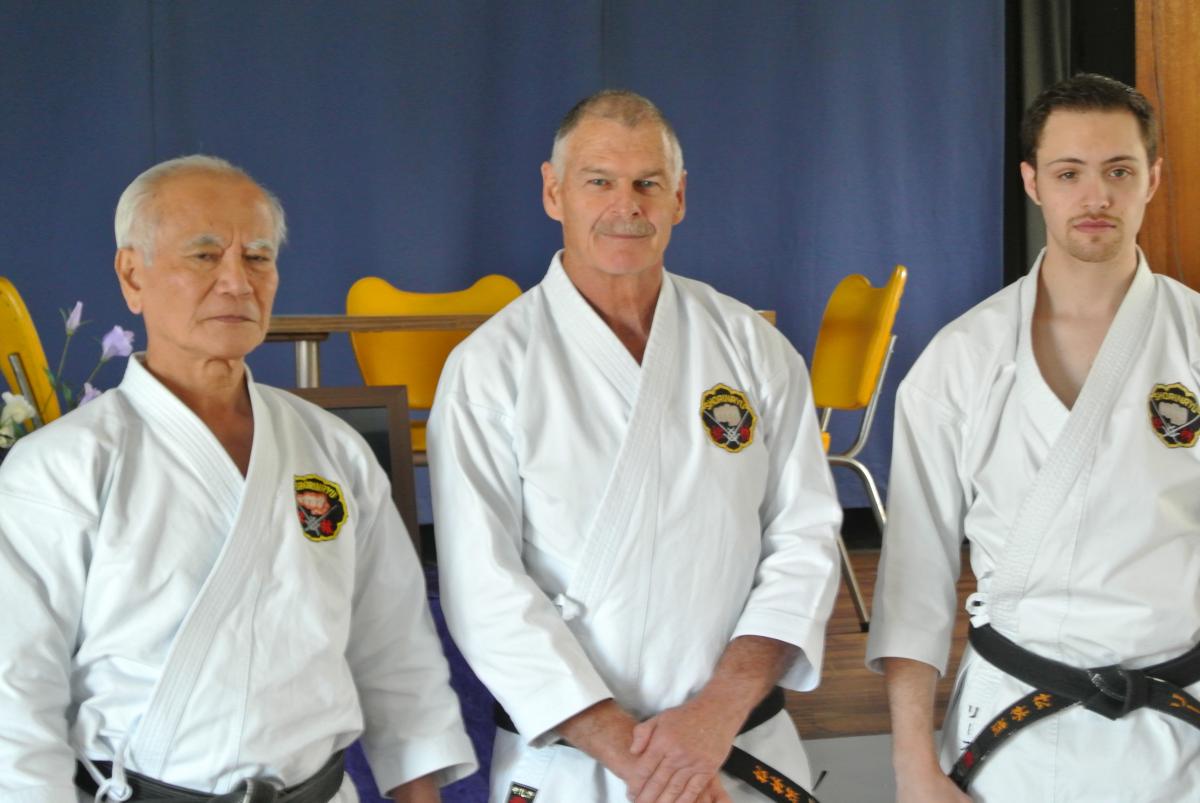 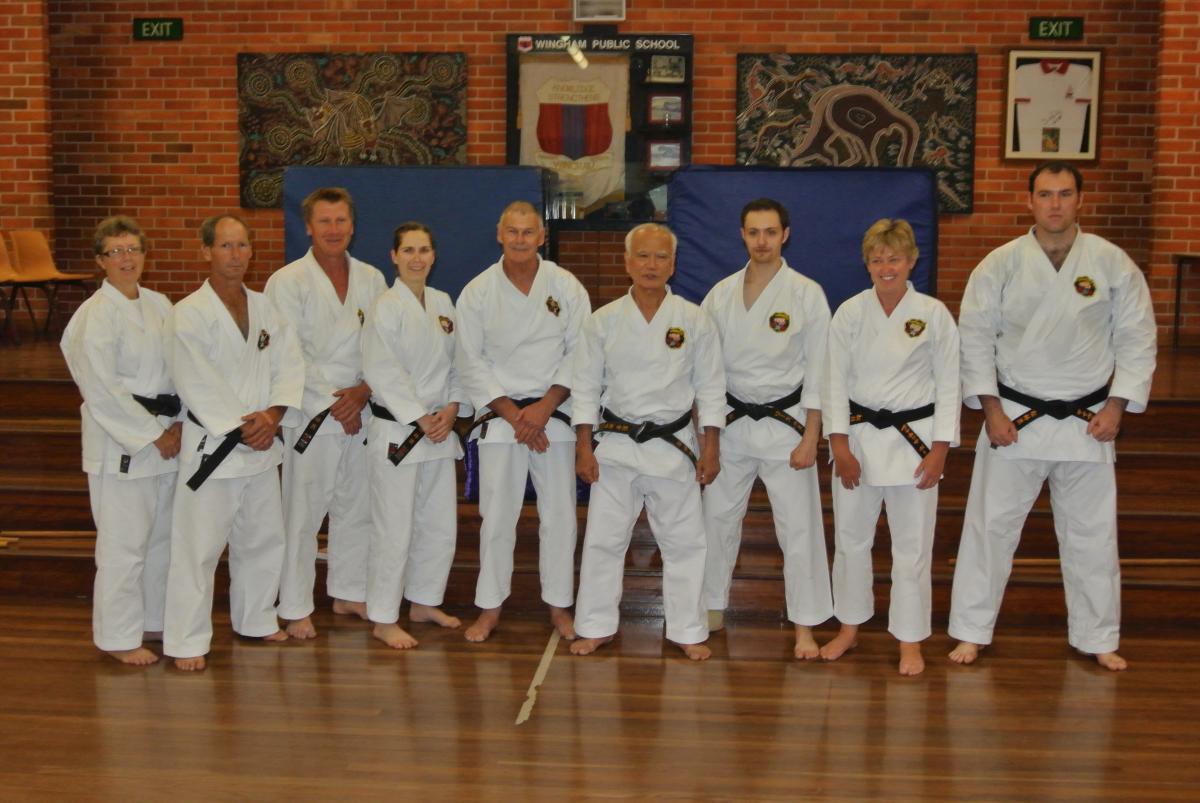 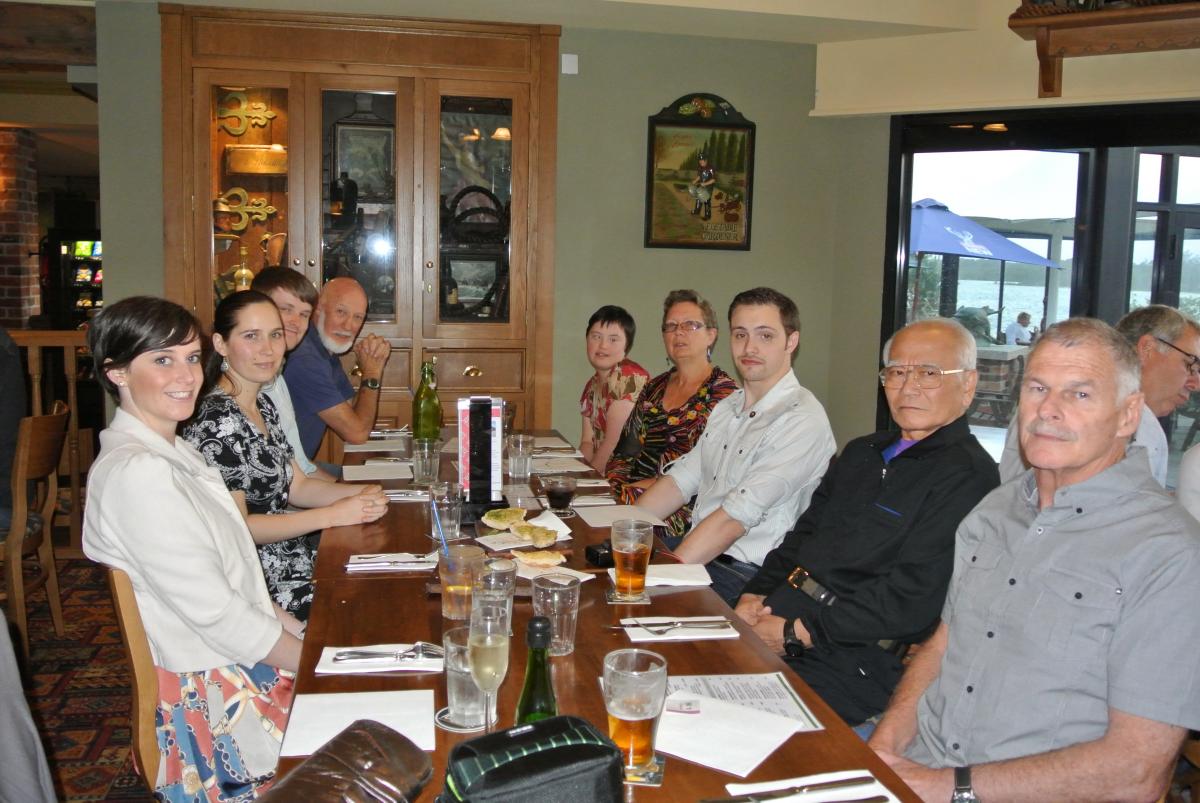 The seminar for Frank Baehr, Kyoshi, 7th dan, from November 22-23, 2013 went well. Schools from Canada and the USA came together to participate in a wonderful and informative seminar. Baehr sensei talked about and had a slideshow about life with O’ Sensei Nagamine and what it was like to live with and train in the Honbu dojo when he lived in Okinawa in the early 60s. On Saturday morning he continued and went into both philosophy and history at the dojo. Tony Gibson gave a good slide presentation on history and the relationship that Kobudo has in our style. Saturday afternoon Steve Tromblay, 7th dan Kyoshi continued the seminar with Soke’s philosophies and applications for two kata. All in all the seminar went very well. 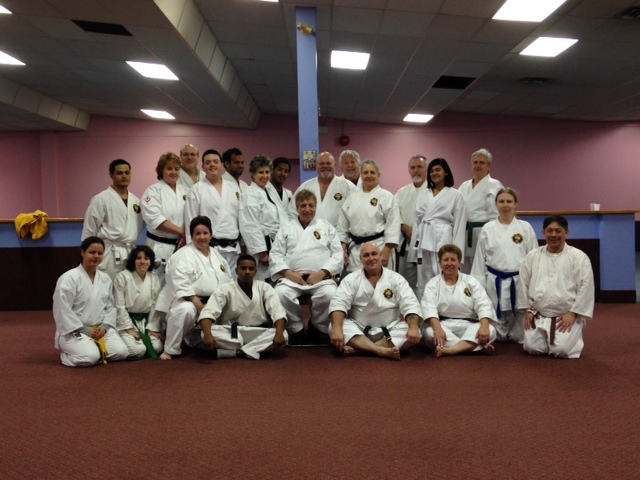