The Okinawa Prefectural Government is planing to build the Karatedo Kaikan, Karate Hall (tentative name), starting this year and open it next year. The location will be in the neighboring castle ruin in Tomigusuku city, which is about 1.7 km from the current Okinawa Prefectural Hall of Martial Arts. As a part of the project, four karate teachers and some of the project’s staff were dispatched to Hawaii, (where Okinwan karate was first introduced overseas in the early 20thcentury) to investigate the karate history in Hawaii including Hawaii University’s karate collection and to give a karate-do seminar in Hawaii. The four teachers were Taira sensei (Matsubayashi-ryu), Shimabukuro sensei (Shorin-ryu), Shinjo sensei ( Uechi-ryu) and Yagi sensei (Goju-ryu).  The participants from Hawaii had a chance to learn from four teachers directly and experienced the difference between each karate style at the joint workout.They also particpated in intensive karate practice under their own separate teachers.

Refer to the photos which were sent by WMKA Dojo Owner Mr. Uemura renshi 6th dan in Hawaii. 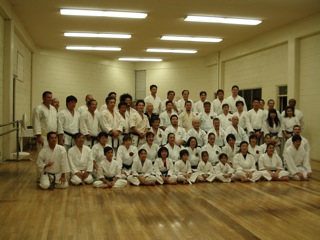 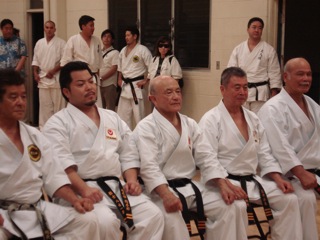 (from right to left); Shinjo sensei, Taira sensei, Shimabukuro sensei, Yagi sensei from Okinawa and Teruya sensei who was a host coordinator that arranged the karate-do seminar in Hawaii. 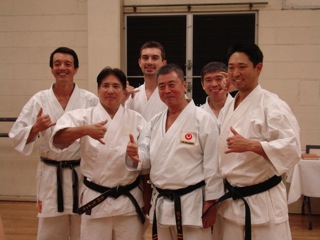 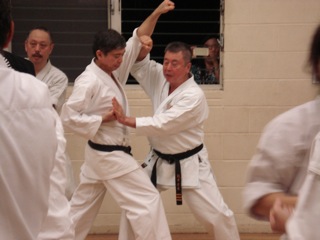