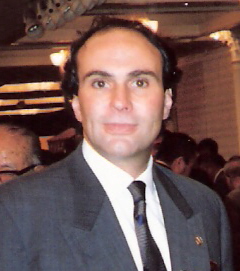 Nick Racanelli, Hanshi's contributions to the late Founder of Matsubayashi-Ryu and Soke T. Nagamine, it's board of Directors are immeasurable.

Nick Racanelli, Hanshi was born and resided in Long Island NY. He ran a successful Construction Business, was a top class business man, very top of his class. He is survived by his wife Corinne, 4 sons: Nick, David, Damian, and Matthew, 5 brothers, and extended business and martial arts family.

Racanelli, Sensei, was one of the most honorable leaders of Matsubayashi Ryu Karate in the United States. Sensei Racanelli's unconditional help, and contributions to the WMKA were not simple or usual ones we see commonly amongst the membership. His Love, Care, Sympathy, all his compassion were warm and indescribable, even immeasurable to Matsubayashi-Ryu and to late Grand Master (Soke) Nagamine, Shoshin and to Soke Nagamine,T.

Nicholas Racanelli did not die, he eternally remains in our hearts and would never be forgotten in the History of Matsubayashi-Ryu Karate.

"Let it be known that I Soke Nagamine, Takayoshi and all the Matsubayashi Ryu directors would like it known that, Nicholas Racanelli, Kyoshi, 7th Dan is hereby promoted to the rank and title of 8th Degree Black Belt, Hanshi on the 12th of August. This is a small consideration and don't think it's enough thanks for the achievements of Nicholas Racanelli".

Authorized by, and Signed by T. Nagamine.
It's board of directors also approved.
President Yasaharu Makishi
Vice President Yoshitaka Taira
and residing board member. Kyoshi Shinjo 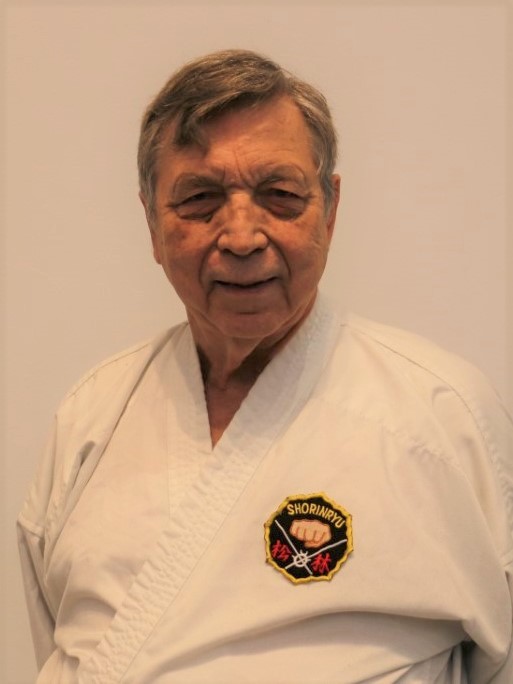 Born in Berlin, Germany, in 1939, Frank Baehr moved to Canada in 1956.
After developing an interest in martial arts, Japanese culture and its spiritual aspects, he travelled to Okinawa in October 1965 where he became a full-time student at the Nagamine Hombu and actively trained with Grandmaster Nagamine several times a day. During his nine month stay he lived in Soke Nagamine’s room for six months while Soke T. Nagamine was away in university.

After Baehr Sensei returned to Canada he established a Dojo in Scarborough, Ontario. During the early 1970's at the request of Grandmaster Nagamine, Baehr Sensei helped with the initial translation “Essence of Okinawan Karate-Do.”

Frank Baehr Sensei made many trips across North America to train with Omine Chotoku Sensei, Soke Nagamine Takayoshi and attended many WMKA seminars in the 1990s and early 2000s. Baehr Sensei continued to teach and train actively until the summer of 2021 and was instrumental in teaching students in both North America and Europe. In 2021 he shared online talks via Zoom to express his love and philosophy of Matsubayashi-Ryu Karate-Do with dedicated practitioners.

In following the footsteps of Grand Master Shoshin Nagamine, Baehr Sensei viewed Karate-Do as a complete way of life, incorporating all aspects of physical, mental and spiritual life into a composite whole. We thank Behr Sensei for all his contributions to Matsubayashi-ryu. For more than 55 years, Baehr Sensei dedicated himself to keeping a promise he made to O’Sensei, to always teach “true karate.”